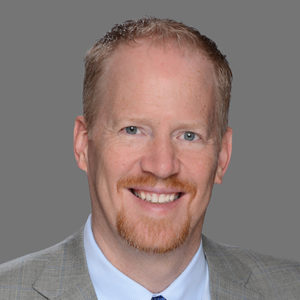 After earning a Bachelor of Business Administration at Southwest Texas State University, Dan Diepenhorst started his mortgage lending career in San Antonio with Mission Mortgage in 1992. Quickly excelling in the mortgage field Dan earned the Rookie of the Year Award for 1992 and the Top Producer Award for 1993. Early in 1994 Dan was promoted to Branch Manager of Mission Mortgage’s San Antonio Office where he worked until 1998. Later that same year Dan became the Branch Manager of Horizon Mortgage Company managing all of the day-to-day operations. Within five years Dan and his team experienced rapid growth.

In 2002, Horizon Mortgage funded over 400 loans in excess of $50,000,000. Dan’s personal account for this production was 391 loans in excess of $42,000,000. In June 2003 Dan followed his dream and started his own mortgage company. This dream was accomplished by establishing a respected reputation as a reliable local mortgage banker in San Antonio for the past 13 years.

Past clients, realtors and builders encouraged Dan to move to the next level by forming Gardner Financial Services. Dan lives in San Antonio and has a son, Josh, currently attending college at Baylor University. Dan is actively involved at his local church, within the San Antonio community and with his alma mater, Texas State University.

Dan Diepenhorst stays busy volunteering for the May’s YMCA, is President of the Board for the Forgotten Child and also serves on the Finance Committee at Trinity Baptist Church where he has been a member for the past 12 years. Dan is also active in the local and national business community. A member of Greater San Antonio Builders Association, the San Antonio Board of Realtors, the San Antonio North Chamber of Commerce, the Stone Oak Business Association, Southwest Texas State Alumni Association and Habitat for Humanity. In his free time Dan enjoys spending time with his family, playing golf and reading.

Questions?
Apply For A Loan Today

We're here for you, ready to guide you through the often difficult and confusing process of choosing and getting the exact loan to meet your specific needs.

We are an Equal Employment/Affirmative Action employer. We do not discriminate in hiring on the basis of sex, gender identity,
sexual orientation, race, color, religious creed, national origin, physical or mental disability, protected Veteran status,
or any other characteristic protected by federal, state, or local law.